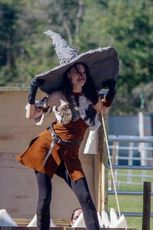 Sunshine joined the Thieves Guilde in 1994.  During her time she has served as President (7 years), Producer (3 years), Director (Hoggetowne 2001, 2006, 2014; Live Oak 2003), Fight Choreographer (Hoggetowne 2005), Safety Director (1 year), and numerous assistant positions.  She has been coordinating training for the Thieves Guilde since 2000 and assumed the Training Coordinator position when it was made official in 2005.  Sunshine has studied SAFD with Jim Brown and Johnny Cashman, sampled from the martial arts buffet (Tae Kwon Do, Shim Shin Do, Kung Fu, Kenpo), and has trained in various dance styles (Jazz, Tap, Acrobatics, Ballet, Modern.)  She developed the Dagger curriculum for the Thieves Guilde and is an active Trainer of the style.

Allan has been performing with the Thieves Guilde since 1997.  Over the years, he has taken part in over 20 chessboard fights and more than 30 melees.  Allan has trained with Phil Yeager and Johnny Cashman who are both recognized with the SAFD (Society of American Fight Directors).  He has served as Director for the Apopka Faire in 2002, Fight Choreographer for the Hoggetowne Medieval Faire Living Chessboard in 2007, and as President of the Thieves Guilde. 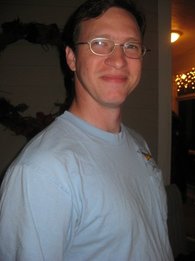 Jarred has participated in six Hoggetowne Medieval Faires since 2001 when he joined the Thieves Guilde.  Jarred served as Fight Choreographer on the Thieves Guilde Movie and most recently as Fight Choreographer for the 2008 Hoggetowne Medieval Faire Living Chessboard.  Outside of Thieves Guilde, Jarred has had about six months of Tae Kwan Do training, and another two years of Uechi-ryu Karate.  Jarred currently hold the position of Technical Director on the Board of Directors. 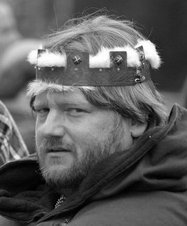 John has been a member of the Thieves Guilde for over 25 years. he is one of, if not, the most experienced member of our group. He continues to help build the show every year as a trainer, safety officer, and with his abundant experience doing what we all have come to love. 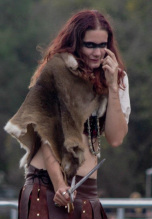 Shannon has been a member of the Thieves Guilde since 2003.  She has a strong theatrical background consisting of numerous shows and performances, not only as an actress but also writer, director and producer.  Her major foray into theater came from her years at Eastside High School.  Beyond acting, she also wrote and directed "Faces," a one-act show that was picked to represent EHS at the state District Thespian Festival in 2005.  Her directorial and producer credits also include "Tom Sawyer - The Musical" and "Midsummer Night's Dream" at the High Springs Community Theater.